President and Founder of BHI

Dr. Miriam Cremer is the President and Founder of BHI. As a medical student in 1997, Miriam completed a clinical rotation in … 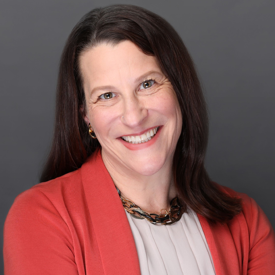 Dr. Miriam Cremer is the President and Founder of BHI. As a medical student in 1997, Miriam completed a clinical rotation in rural El Salvador where she noted the high incidence of cervical cancer among rural women. This motivated her to develop outreach campaigns, and in 2007, she established Basic Health International.

Miriam has provided outstanding guidance and leadership to the organization and has solidified BHI as a leading voice in the fight to eradicate cervical cancer. In addition to her work at BHI, she is an Associate Professor of Obstetrics and Gynecology at Cleveland Clinic Lerner College of Medicine and a board-certified obstetrician and gynecologist who has a Fellowship in Family Planning.

She has received multiple grants and awards for public health projects both nationally and internationally, including First Prize for Original Research from the Federation of Latin American Obstetrics and Gynecology (FLASOG) in 1999, Woman of the Year from the Western Center for Law and Poverty in 2005, and Women Making Global Impact in 2013.

She was a contributing author of the World Health Organization (WHO) Guidelines: Use of Cryotherapy for Cervical Intraepithelial Neoplasia, published in 2011, and is the Principal Investigator on several large trials that are funded by the National Cancer Institute, the Rising Tide Foundation, Gateway for Cancer research and other private donors. In partnership with the El Salvador Ministry of Health, she has been instrumental in helping change the Salvadoran national cervical cancer screening guidelines.

Dr. Cremer has been an invited speaker at many national and international conferences, including the African Regional Conference (2014), Eurogin (2015), Point of Care Technologies Conference – NIH (2015), and the Society of Gynecologic Oncologists (2016). 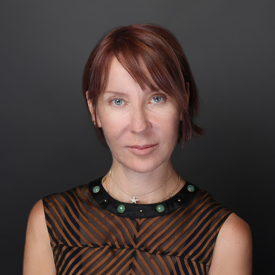 She has held several leading positions in academia, non-profit management, and research administration, including director at Gateway for Cancer Research in Illinois, and technology transfer expert at University of California, Los Angeles (UCLA).

Dr. Rachel Masch first joined Basic Health International on a medical delegation to El Salvador in 2005 and serves as its Chief … 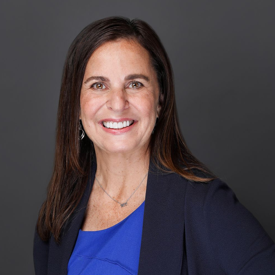 Dr. Rachel Masch first joined Basic Health International on a medical delegation to El Salvador in 2005 and serves as its Chief Medical Officer.

Dr. Masch holds a medical degree from Brown University where she also studied International Relations. She completed both her residency in Obstetrics and Gynecology and MPH from the Columbia University. Dr. Masch has always held an international focus and is proud to work with BHI in its mission to eradicate cervical cancer.

Catherine Platt joined the Basic Health International team in March 2014. She is a graduate of Boston University School of Management with … 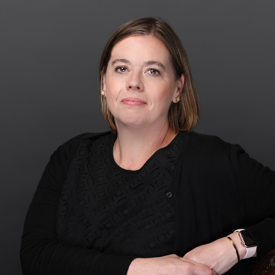 Catherine Platt joined the Basic Health International team in March 2014. She is a graduate of Boston University School of Management with a concentration in accounting. After a decade-long career as a CPA in high net worth taxation, Catherine made the move to non-profit work, pursuing a Master’s Degree in Evaluation & Program Planning at Duquesne University and serving as acting director of a charitable foundation. Catherine’s interest in finance and women-focused nonprofits led her to a leadership position at Basic Health International. 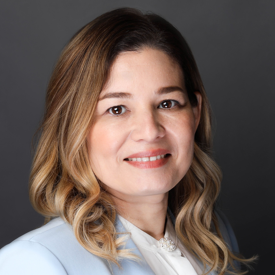 Dr. Alfaro oversees the day-to-day operations of a multi-site clinical trial for BHI in El Salvador, Peru, and Colombia testing innovative cervical precancer treatments. She is a key group member responsible for coordinating the partnership between BHI and the Ministry of Health of El Salvador to implement a national cervical cancer screening program.

Dr. Alfaro’s research and implementation experience include organizing VIA training delegations for healthcare workers, leading studies exploring provider screening and treatment acceptability. She has published extensively in peer-reviewed journals as part of the BHI team and actively presents work in international meetings and conferences. Dr. Alfaro’s experience also includes work with the International Agency for Cancer Research (IARC).  She is committed to improving women’s health in Latin America and making the eradication of cervical cancer a reality.

Andrew joined the Basic Health International team in 2021 and currently serves as the Administrative Associate. Andrew received his Bachelor’s degree in …

Andrew joined the Basic Health International team in 2021 and currently serves as the Administrative Associate. Andrew received his Bachelor’s degree in Spanish with a minor in Chemistry and a certificate in Transatlantic Studies from the University of Pittsburgh. He recently received his Master’s degree in Biomedical Studies from Chatham University. Andrew has always had a passion for working with underserved communities. This passion and dedication are what lead him to BHI as well as wanting to pursue a career in medicine. 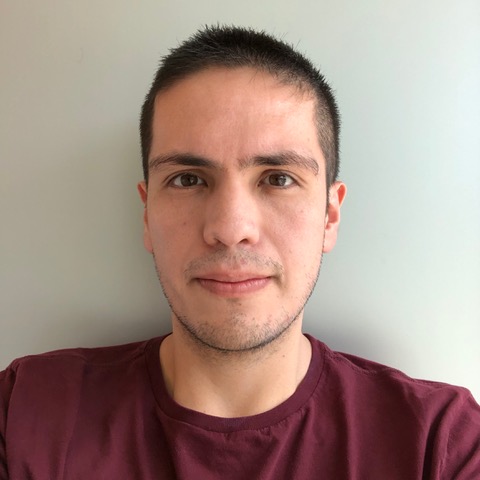 Dr. Gabriel Conzuelo received his Doctor of Medicine Degree from Universidad Autónoma del Estado de Mexico and obtained his Master’s degree in Public Health from the University of Pittsburgh. Gabriel’s main interest relies on how to improve conditions that affect women’s health outcomes; he has worked on projects related to cervical cancer, adverse pregnancy outcomes, and birth control. Dr. Conzuelo’s research focuses on study design and methods in epidemiology.

Montserrat Soler, Ph.D. MPH holds a doctorate degree in Anthropology from Rutgers University and a Master’s in Global Public Health from New … 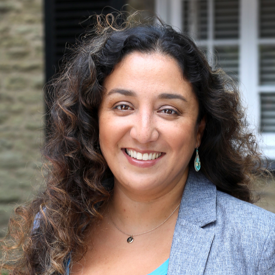 She joined Basic Health International (BHI) in January 2017 as Project Coordinator and now serves as Research Consultant after obtaining a position as Project Scientist at the Cleveland Clinic. Dr. Soler has extensive experience leading mixed-methods research in Latin America, particularly Brazil and Mexico, and has a strong publication record in peer-reviewed journals. As Research Consultant for BHI, she collaborates in research design, grant writing, project coordination, and manuscript preparation. Dr. Soler is committed to improving the health of women and girls around the world as a key step in achieving global gender equality. 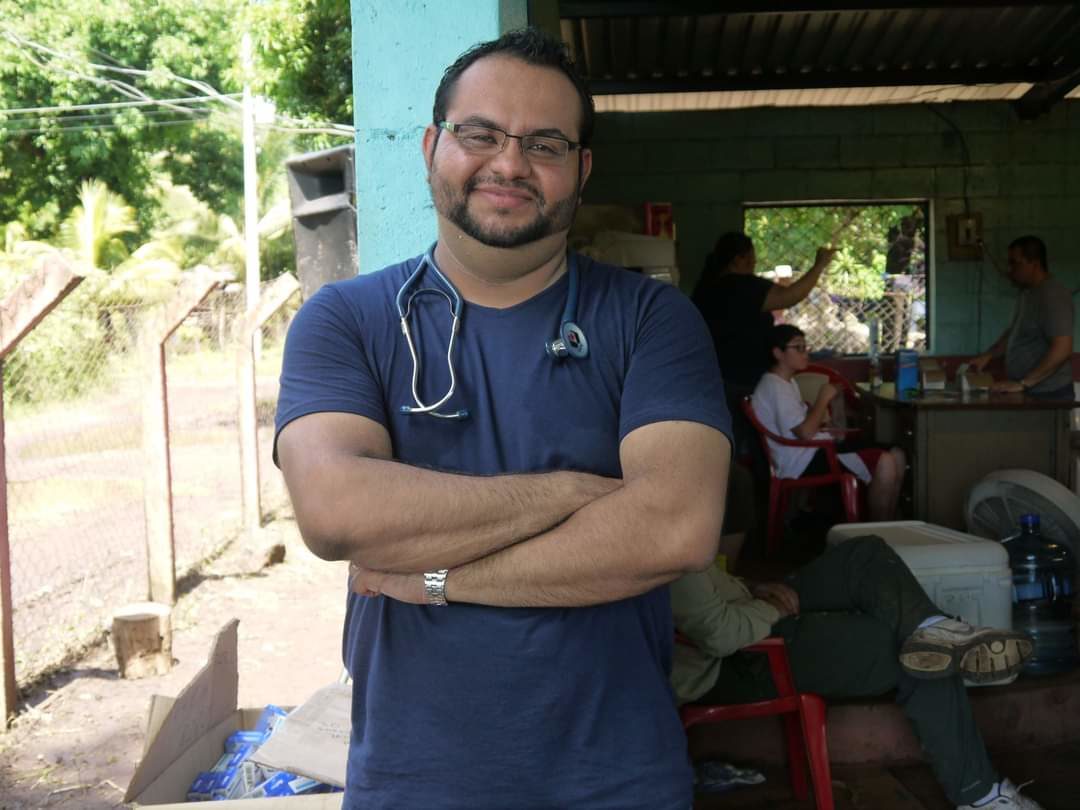 He worked as a community doctor in 2011 for the Ministry of Health of El Salvador; then, in 2012, he worked as a consultant doctor for the Professional Organization for Development (OPRODE), providing health services in low-income communities.

In 2014 he joined Basic Health International as part of the team of supervising physicians for the CAPE project. In 2018 he coordinated the project for the implementation of the human papillomavirus screening test in collaboration with the Ministry of Health of El Salvador.

In 2020 he was part of the support teams for taking the Covid-19 test.

Currently Dr. Rauda is part of the coordinating team of the validation study of new tests for the detection of high-risk human papillomavirus and is part of the team of trainers in visual inspection with acetic acid and application of cryotherapy of Basic Health International. 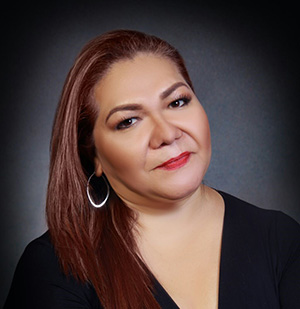 Dr. Torres has led training workshops for the Ministry of Health and social security physicians centered on cervical cancer screening methods, including visual inspection with acetic acid (VIA) and the use of the EVA System (MobileODT, Tel AVIV, Israel), a handheld imaging device for diagnostic purposes.

She has also collaborated in various research projects in the Paracentral region of El Salvador lead by the Ministry of Health in partnership with BHI, including the Cervical Cancer Prevention in El Salvador (CAPE) program, and acceptability of self-sampling and human papillomavirus testing among non-attenders of cervical cancer screening programs.

Dr. Torres has also worked with APROCSAL, a collaborative of health promoters in El Salvador, to provide colposcopy diagnosis and treatment for cervical pre-cancer lesions for female inmates in local facilities.

Dr. Leticia Lopez received her MD and MPH from Universidad Salvadoreña Alberto Masferrer de El Salvador, and a Master in Epidemiology from … 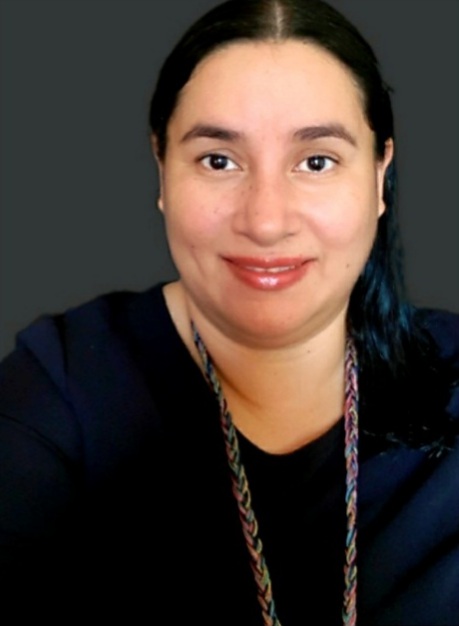 Dr. Lopez worked with the U.S. Center for Disease Control  (CDC) in El Salvador and its cooperative agreements with Tephinet and Universidad del Valle de Guatemala, where she held the position of coordinator of influenza projects. She worked with PAHO in the same position, continuing the influenza projects in El Salvador. Dr. Lopez joined Basic Health International in 2015 as coordinator of the NIH-funded project High-Resolution Micro endoscopy for the Detection of Cervical Dysplasia in El Salvador, in collaboration with Rice University and MD Anderson Cancer Center.

Rene Novoa studied Computer Science at Universidad Tecnológica de El Salvador. He has always worked in institutions that are geared towards social … 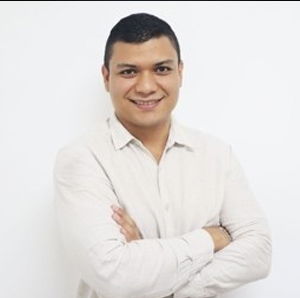 Rene Novoa studied Computer Science at Universidad Tecnológica de El Salvador. He has always worked in institutions that are geared towards social needs and helping communities.

In 2014, he was part of the first National Health Survey that was implemented by the National Institute of Health (INS), together with the Ministry of Health (MINSAL) where he worked closely with people that live in low-resource communities. 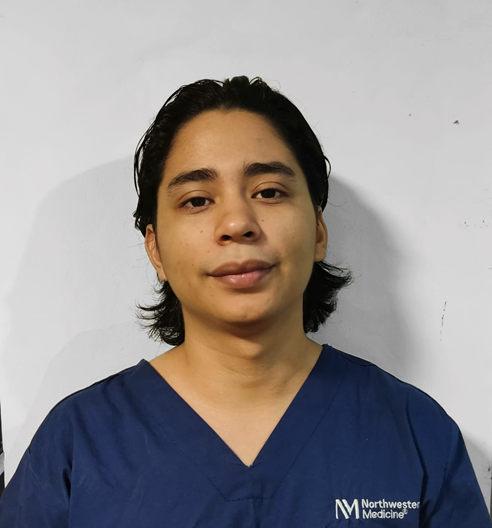 In 2019, he worked as a researcher for the Tropical Disease Study and Control Program in Medellín, Colombia. Also, he worked on the ”Genomesand flies” project promoted by the University of North Carolina, USA. In 2020, he started working along with the Ministry of Health of El Salvador and Basic Health International, as a researcher, technician, consultant, and advisor to molecular biology laboratories for the implementation of SARS-CoV-2 detection tests and genomic sequencing.

Alexander, motivated by the introduction of molecular screening and genotyping tests for HPV in the country, in 2021, he joined Basic Health International as molecular biologist and coordinator for El Salvador of the NIH-funded project ”Multisite Clinical Validation of Isothermal Amplification-Based SARS-CoV-2 Detection Assays Using Different Sampling Strategies”. He currently has a research interest in the genomic epidemiology of high-risk HPV and new methods of cervical cancer detection.